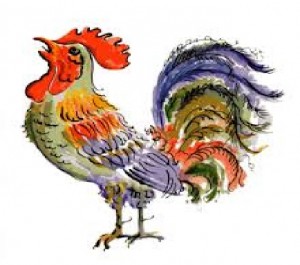 Cursillos in Christianity (in Spanish: Cursillos de Cristiandad, short course of Christianity) is an apostolic movement of the Roman Catholic Church. It was founded in Spain by a group of laymen in 1944 while they were refining a technique to train pilgrimage Christian leaders.

Cursillo is the original three day movement and has since been licensed for use by several mainline Christian denominations, some of which have retained the trademarked “Cursillo” name, while others have modified its talks/methods and given it a different name.

The Cursillo focuses on showing Christian lay people how to become effective Christian leaders over the course of a three-day weekend. The weekend includes fifteen talks, some given by priests and some by lay people. These talks are called “rollos”. The major emphasis of the weekend is to ask participants to take what they have learned back into the world, on what is known as the “fourth day.” The method stresses personal spiritual development, as accelerated by weekly group reunion (after the weekend).

Cursillos first appeared in Spain in 1944. A layman named Eduardo Bonnín participated in the early years of the “short courses” in Majorca and helped develop the cursillos to the point that it became an active renewal movement in the Church. In 1957, the movement had spread to North America, when the first American cursillo was held in Waco,Texas. In 1959, the Cursillo spread throughout Texas and to Phoenix, Arizona. In August of that year the first national convention of spiritual directors was held, and Ultreya magazine began publication. In 1960, the growth of the Cursillo quickened in the Southwest, and weekends were held for the first time in the East in New York City and Lorain, Ohio.

The Cursillo Movement in the United States was organized on a national basis in 1965. A National Secretariat was formed and the National Cursillo Office (currently in Jarrell, Texas) was established. Today, Cursillo is a worldwide movement with centers in nearly all South and Central American countries, the United States, Canada, Mexico, Puerto Rico, Great Britain, Ireland, France, Spain, Portugal, Italy, Germany, Austria, Australia, Japan, Korea, Taiwan, the Philippines, Sri Lanka and in several African countries. The movement is recognized by the Pope as member of the International Catholic Organizations of the Pontifical Council for the Laity in Rome.

In the Cursillo movement, being “in colors” is to be in God’s grace. For that reason, Cursillo participants (cursillistas) greet each other with the phrase “De Colores” (in Colors).

A story from the early days of the movement in Spain tells of an occasion where a group of men were returning from a Cursillo weekend when their bus broke down. They began to sing De Colores, a traditional folk song. The use of the song in Cursillo took hold, and has held up as the movement has spread outside the Spanish-speaking world and to other denominations. The use of a multi-colored rooster as a symbol for the Cursillo movement is believed to have originated from one of the verses of that song.

The Cursillo is supported by the Roman Catholic Church. It is joined to the United States Conference of Catholic Bishops through an official liaison in the person of Bishop Emeritus Carlos A. Sevilla S.J. from the Diocese of Yakima, and through the Bishops’ Secretariat for the Laity in Washington, D.C. The spiritual advisor for the movement in the United States is Rev. Alex Waraksa from the Diocese of Knoxville, TN.

Cursillo is a registered trademark of the National Cursillo Center in Jarrell, Texas. 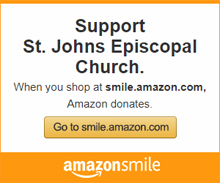 “For it has been reported to me by Chloe’s people that there are quarrels among you, my brothers and sisters.” 1 Corinthians 1:11

When Jesus turned and saw them following, he said to them, “What are you looking for?” John 1:38

And a voice from heaven said, “This is my Son, the Beloved, with whom I am well pleased.” Matthew 3:17